Clay has always been a wonderful tool for stop motion claymation. Clay animations are pretty timeless, and definitely a point of interest for those who are interested in making their own creative animations. But, which is the best clay for stop motion animation (also known as claymation)?

There are numerous clays that are used in claymation movies, so your options are not limited to a single type. Popular options are usually oil-based clays, especially those from brands such as Van Aken, Sagent Art, and Puppet Putty. Each of these types of clay has its benefits, which we will not discuss.

This is one of the most popular clays for clay animation worldwide. While you would expect this clay to be expensive, it is anything but! The oil based clay is also available in an amazing range of colors, so you can get your creativity to run free.

Interestingly, Van Aken oil based clay is also easy to mix, which enables you to make new colors. If you make lots of claymation videos, it certainly proves useful to save some money by making your own colors.

As with all brands of clay, Van Aken actually changes its ingredients over the course of time. As the ingredients change, it can change some of the properties of the clay, so it is vital to keep an eye on any changes. 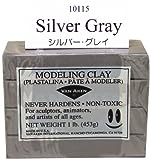 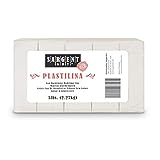 Even if you are hooked on Van Aken animation clay, it is certainly an option to look at Puppet Putty too. Actually, this clay is designed for claymation specifically. And, the most interesting thing about this option, Puppet Putty is made completely by hand.

Check them out here

How Do You Make A Stop Motion Clay Character?

Making a claymation character can be quite simple, but also very complicated. Once you have the right clay, and an idea for a stop motion animation character, you can start experimenting to your heart’s content.

The easiest way to make your first clay character for an animation is to use simple shapes. In other words, you will make animation characters that do not have any arms or legs, which would otherwise require an armature. Also, the heads you create for these characters are usually on the body, so be sure to keep the design simple.

What Clay Is Used For Wallace And Gromit?

One of the best known animation shows that uses clay characters is Wallace and Gromit. As this is an extremely popular animation, many beginners often wonder which clay is used for this particular show.

When you search for Newplast, be sure not to confuse it with Newclay. This procedure is also made by the same company, but it is an air-drying modelling clay. The company also makes Uro, a heat-curing polymer clay. Evidently, the polymer clay and the air-drying clay are hard-drying and are not as suitable for your animation purposes.

What Popular Movies Are Claymation?

There are a number of movies that are animations with clay characters. Unsurprisingly, the majority of the movies are made by the same people who make Wallace and Gromit.

This is one of the few movies that is not made by Aardman Studios, the people who make Wallace and Gromit. However, it does include a number of famous voices in the form of Ben Kingsley and Simon Pegg. It is also one of the most original approaches to animation with clay characters, so well worth watching for those starting out with this type of animation.

Another release from the people behind our previous suggestion. Once again, the filmmakers took an original approach. Instead of using full clay characters, they used three dimensional printed faces on the clay characters.

This is undoubtedly one of the movies that is lesser known, despite its rather in-depth story. Mary and Max was made in Australia and brings something completely different than the usual humoristic animation content.

The story of Mary and Max is a bit darker than the average animation story, but that did lead to a true masterpiece and opened up a world of possibilities in the world of claymation. It also touched upon several serious mental health themes, including addiction, loneliness, and mental illness. Any beginner that wants to create something unique should take a page out of the book of this film.

Wallace And Gromit In The Curse Of The Were Rabbit

The Wallace and Gromit films are some of the best-known around the world, so it is no surprise this movie made our overview of must-see claymation films. While the series and films may seem straightforward, there is a secret behind this animation.

Contrary to some animations that are either meant for adults or children, Wallace and Gromit managed to combine both. This immediately explains why the show and the films remained so popular over the years.

One of the most popular animations with clay characters to date is Chicken Run. Once again, the characters were created by Aardman, which explains the similarities with the Wallace and Gromit characters.

Chicken Run got more attention worldwide thanks to Aardman’s cooperation with Dreamworks. There were also some real famous voice actors in the form of Mel Gibson and Timothy Spall.

Another interesting fact about Chicken Run, it was the highest grossing stop motion film in history. So, beginners and even advanced filmmakers can learn a lot from what this movie brings.

This is another Wallace and Gromit film dating back to 1995. It became a classic in the United Kingdom and then took over the world. The interesting part about it is that this film is only half an hour long. Despite its short length, new characters such as Shaun The Sheep and Justin Fletcher were introduced to the public.

The Nightmare Before Christmas

That’s right. The Nightmare Before Christmas is a claymation! Of course, this film contains some of the most unique characters ever seen. However, the use of clay was the right choice, as the character’s contortions and unique movements made this film as brilliant as it was. In fact, The Nightmare Before Christmas became a classic in minimal time.

The Pirates! In An Adventure With Scientists

If the characters look a little familiar, it won’t surprise you that this film was another creation from Aardman Studios. This was their first film released in 3D too, which made it a bit more special and proved to the world this movie style was still relevant.

Of course, this movie is worth a watch just because of the interesting cast, ranging from Hugh Grant and David Tennant to Imelda Staunton and Martin Freeman.

Where Do I Start?

This is a lot of information to take in, but don’t worry. Even if you just start out with clay stop motion, there are so many helpful tools online to help you get going.

To get you started with stop motion, we recommend designing your main character or characters. You should also look at obtaining a good camera and stop motion editing software to match. That is all you need to start getting creative!